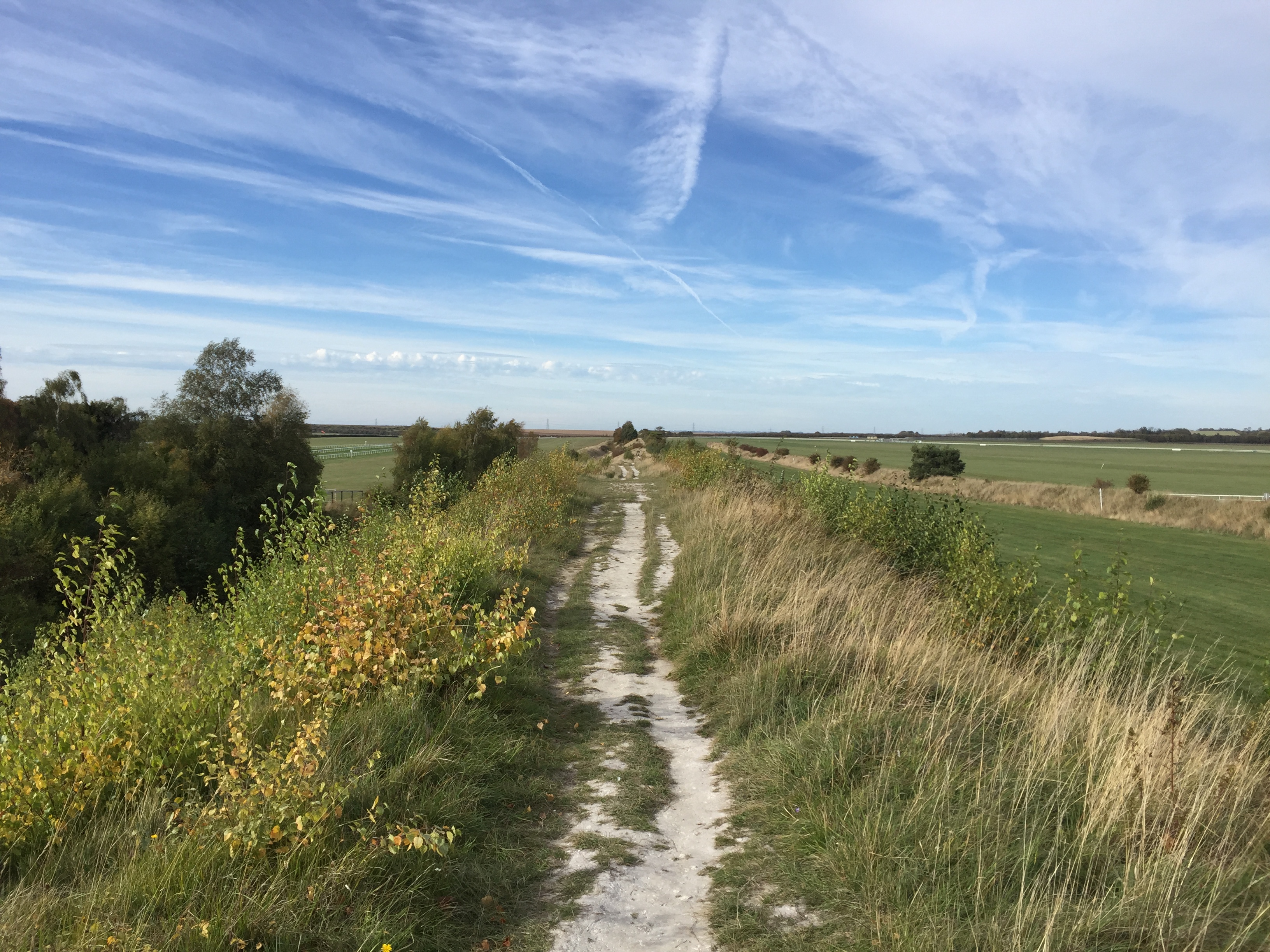 In October C. visited me in Cambridge, and naturally we wanted to see some of the highlights of the region. After considering different options we decided to walk Devil’s Dyke – a “linear earthen barrier” in the east of Cambridgeshire, on the border to Suffolk. (There is another Devil’s Dyke in Sussex).

Devil’s Dyke is notable since it is larger than the other dykes found in Cambridgeshire, and it is already referred to in the Anglo-Saxon Chronicle. Despite its fame, I was concerned whether C. would actually enjoy the walk, since she is generally less enthusiastic about flat landscapes than I am, and furthermore the pictures on Wikipedia made the dyke look pretty boring. Luckily these worries proved to be unwarranted.

We went to the station and took the train to Dullingham. The train was packed with elaborately dressed people, who presumably were on their way to Newmarket for the horse racing. We also regretted not having chosen different clothes, since we had prepared for a fresh autumn day whereas in fact the day turned out to be unusually warm for this time of year.

From Dullingham we walked to the village of Stetchworth, through a street called Tea Kettle Lane: 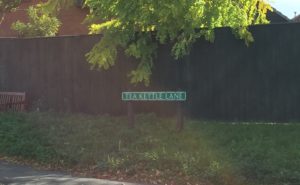 From there we followed a footpath that brought us to Devil’s Dyke. The actual start of the dyke is about a mile further south in Woodditton, but we had to live without seeing the beginning. As the name Woodditton suggests, this part of the dyke is within a woodland, which I hadn’t expected and was a welcome surprise: 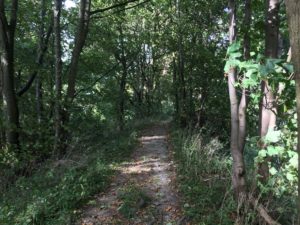 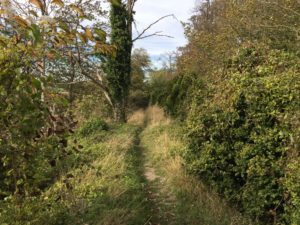 We headed north along the dyke, which is cut by a couple of roads we had to cross. At the end of the part of the dyke which is surrounded by woodland it meets the railway line: 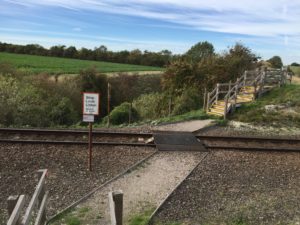 From here on the dyke becomes chalky, and sheep of various colours can be found grazing in the ditch next to it: 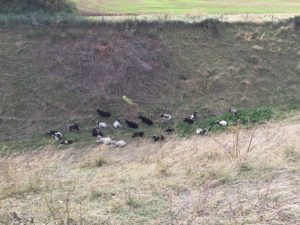 A short while later the dyke goes past the Newmarket Racecourse (and for a short stretch the footpath is actually on the racecourse). I found this particularly exciting, since on my first visit to Newmarket I hadn’t made it up to here. This clearly was a racing day, and no doubt some of the people we saw at Cambridge station earlier were now in the enclosure on the other side of the racecourse. 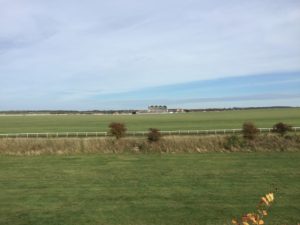 We eventually saw some horses running in the distance and heard them being greeted by the audience. On the dyke there were also several people who had brought binoculars to see some of the race without paying entrance fees.

We continued to head north, and now the landscape became notably flatter. 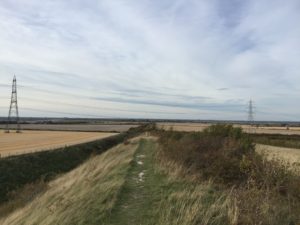 We also came across a pretty useless gate: 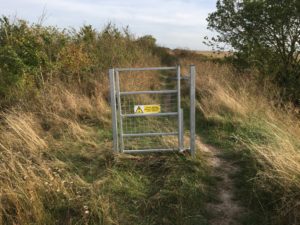 Near the end of our walk, we crossed what the map identified as a disused railway line. I didn’t know what line this used to be, and investigations later revealed that it was the Cambridge to Mildenhall railway (of which I had never heard before). It was closed in 1965; there is a lovely video of the line in action here, which also helpfully points out that building railways in East Anglia was easy since it could proceed “unhindered by geographical obstacles, such as hills and valleys”.

We eventually reached the village of Reach, which marks the beginning of the Fens, and the end of our walk. The local pub is aptly called Dyke’s End, and we had a drink there while waiting for the bus back to Cambridge. Walking Devil’s Dyke had not been boring at all.