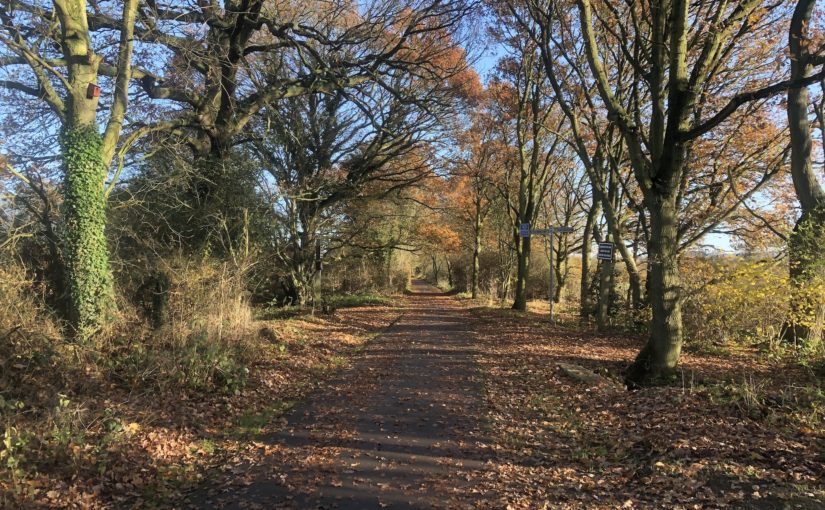 In the autumn of 2019 I went on a number of short walks in the south of the county of Hertfordshire. I found this area appealing since even though it was still the countryside the border to Greater London was close by, and I would frequently encounter the M25 motorway. One of my rambles even followed the very first section of the M25 that opened in 1975, from Potters Bar to South Mimms. Towards the beginning of this walk I had to cross a stream using a slippery fallen tree trunk, which added to the general excitement. 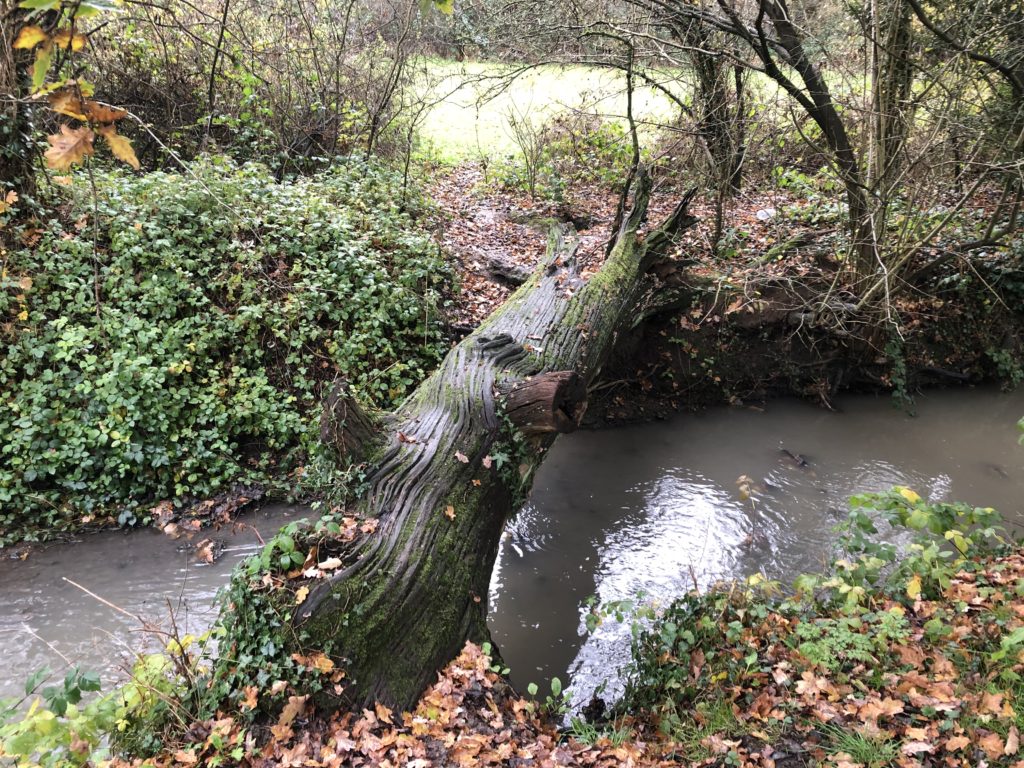 Other Hertfordshire highlights were curious cows, a creepy cornfield, an air rifle shop called ‘Diversity’, and me learning that Stevenage is the UK’s space city.

The most memorable of these walks was longer and started in a more central part of Hertfordshire though. I had developed the desire to visit the city of Watford, which is not easy to explain since it is not generally considered to be a tourist attraction. Maybe the source of this fascination lay in the idiom ”north of Watford”, although it is disputed whether the Watford that gave rise to it is actually the one in Hertfordshire.

I had also never been to St Albans which, on the other hand, is generally regarded as an acceptable sightseeing destination. I thus reckoned that I could go on a walk that includes both cities. And this seemed feasible in practice as well, by starting in Hatfield and stringing together the Alban Way and the Abbey Line Trail. So off I went.

The Alban Way is a hiking and cycling trail that follows a former railway line. The walk began pleasant and uneventful until I noticed a sign indicating a ghost railway station: 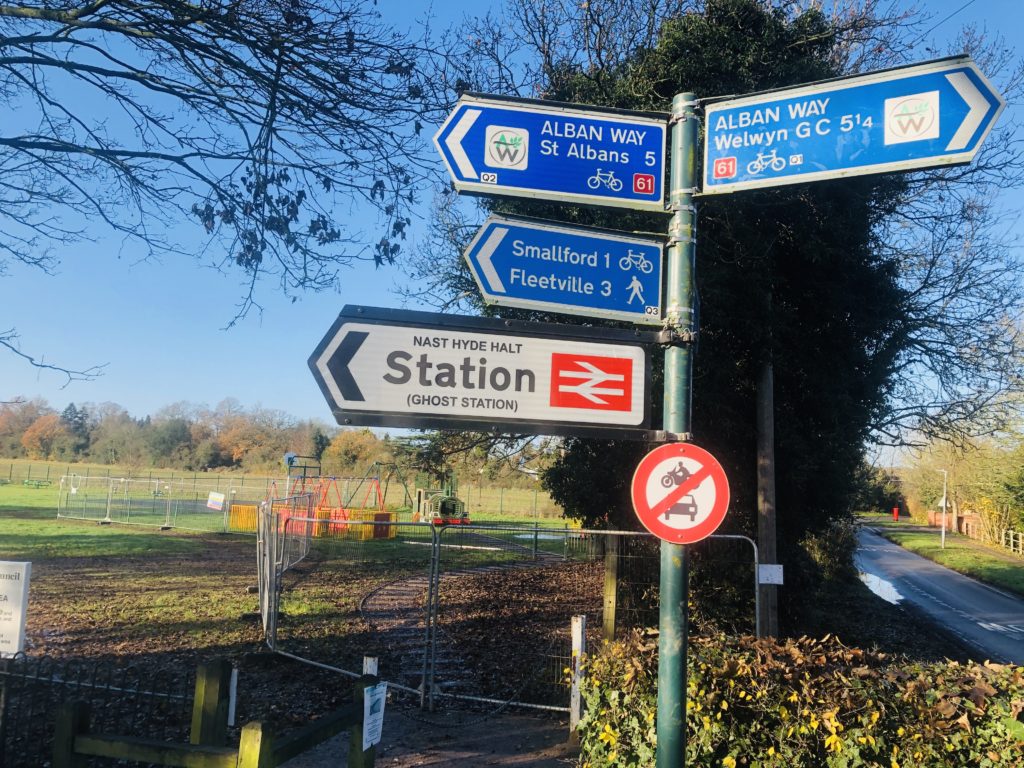 Naturally I was very intrigued by this, and reality didn’t disappoint. Volunteers had rebuilt the former railway station Nast Hyde Halt in a lot of detail, with everything being in place apart from actual trains: 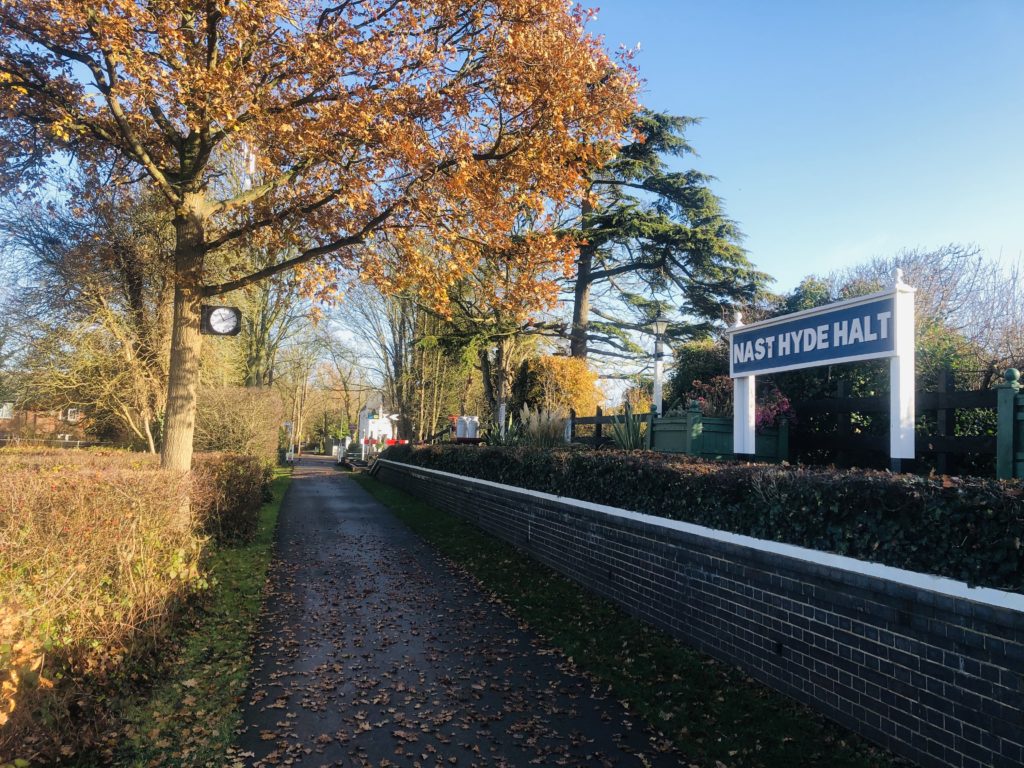 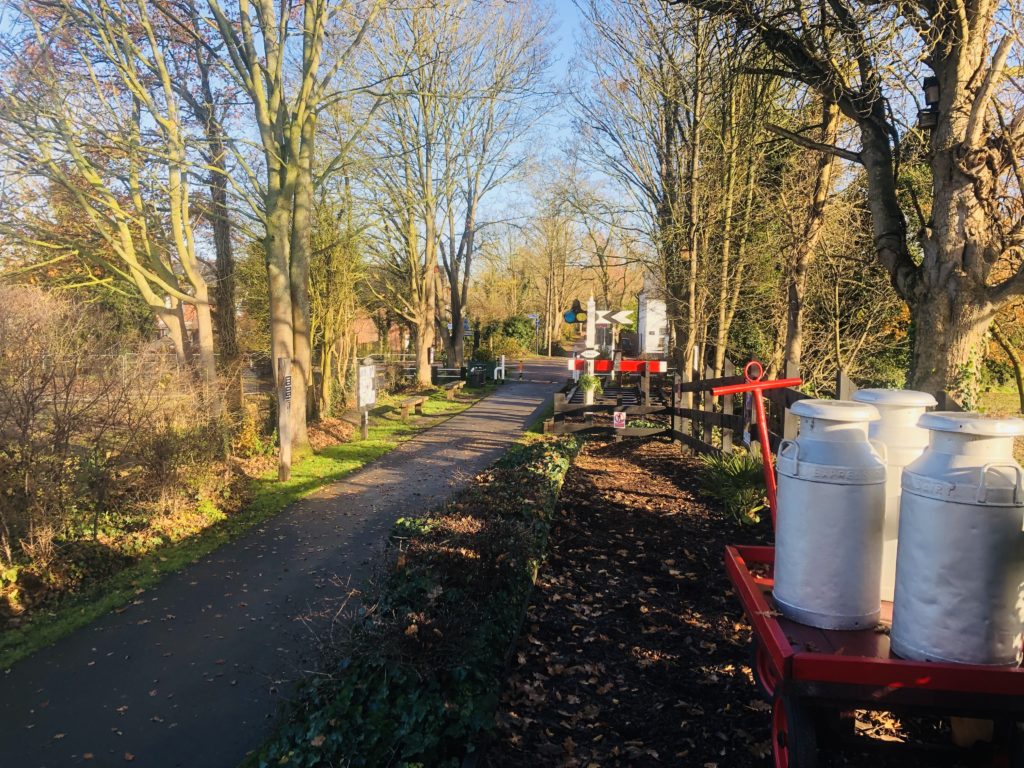 Signs warning about passing ghost trains were found along the way as well. This was a pleasant surprise, which made me glad I had chosen the Alban Way. (Pictures of the original railway station can be seen here.)

Eventually I arrived in St Albans, and had my lunch break next to the impressive cathedral. It turned out that St Albans had lot to offer: an ‘almost unique’ clock tower, a pub reputed to have accommodated Oliver Cromwell during the civil war, and some remains of the ancient Roman city of Verulamium. The latter brought back some childhood memories, for we used to go on family trips to former Roman towns in Germany, such as Trier or Xanten (the only German city whose name starts with an ‘X’). Not much of Verulamium has remained apart from a couple of stone walls, but walking around the grounds was enjoyable nevertheless. 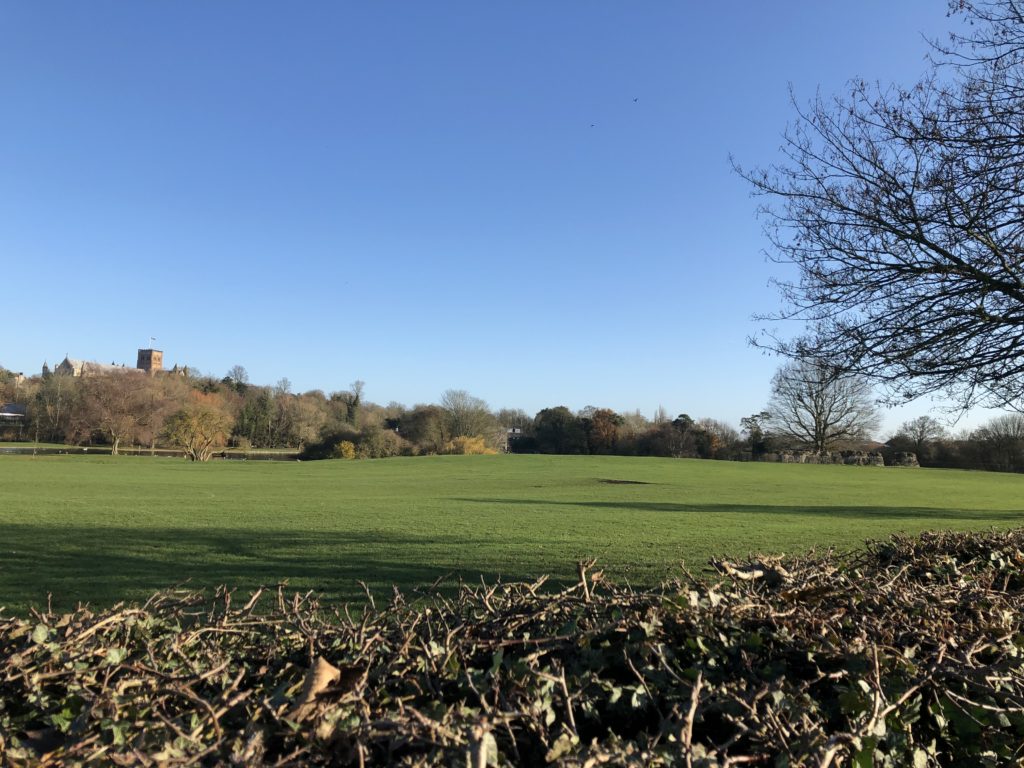 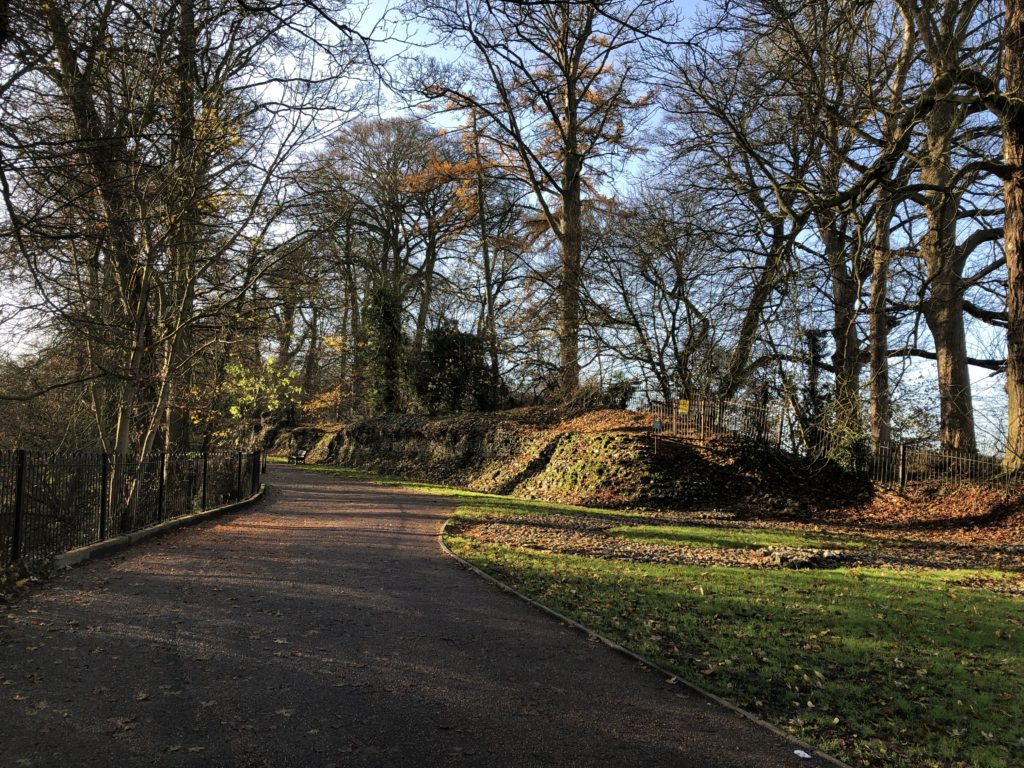 Thanks to these attractions I had spent way more time in St Albans than anticipated, and so continuing all the way to Watford seemed rather ambitious now. I nevertheless started to head south, as the route was parallel to a working railway line, which would enable me to end the walk early if desired.

After leaving the suburbs of St Albans behind things got adventurous very quickly. As there had been a lot of rain in the previous days the ground was wet and muddy.  In addition there was a junction with a mind-boggling number of signs pointing in all directions, but the footpaths corresponding to these signs were less easy to make out. 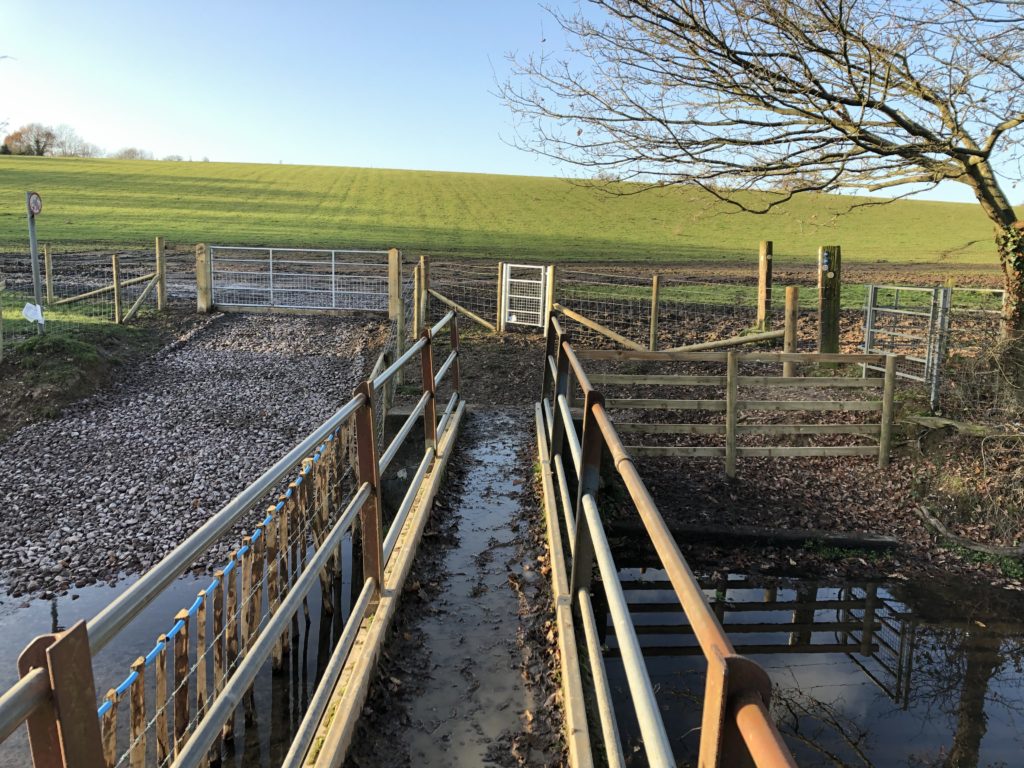 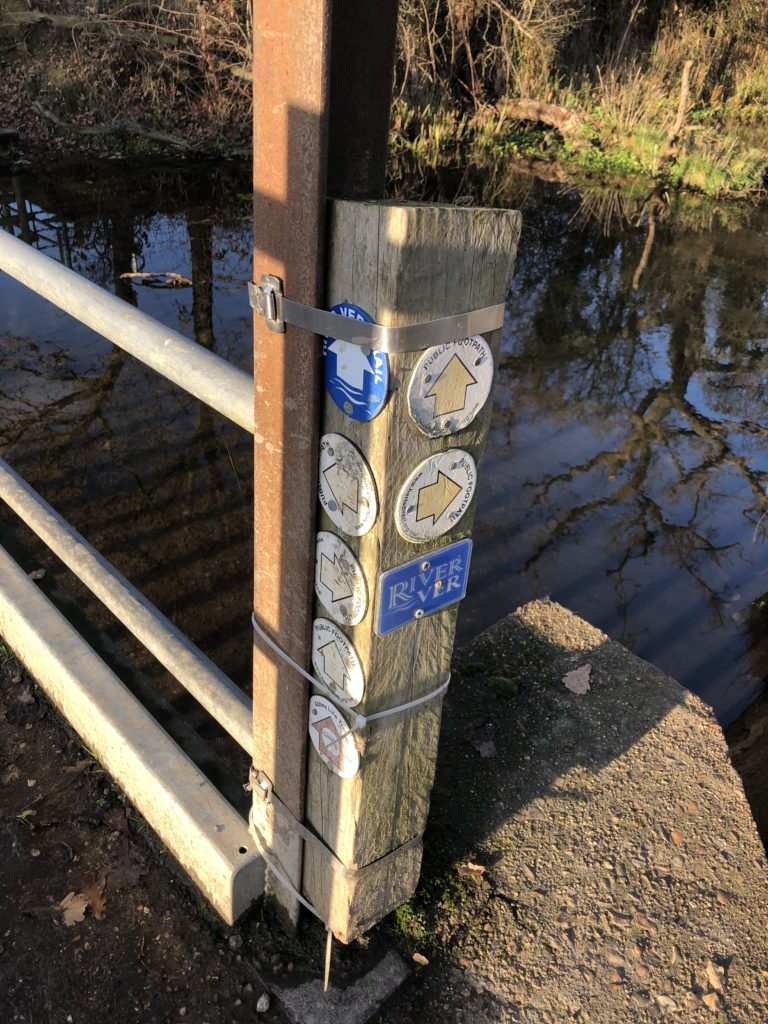 I managed to find the right path, but the mud was a more severe problem, as it only got worse along the way. 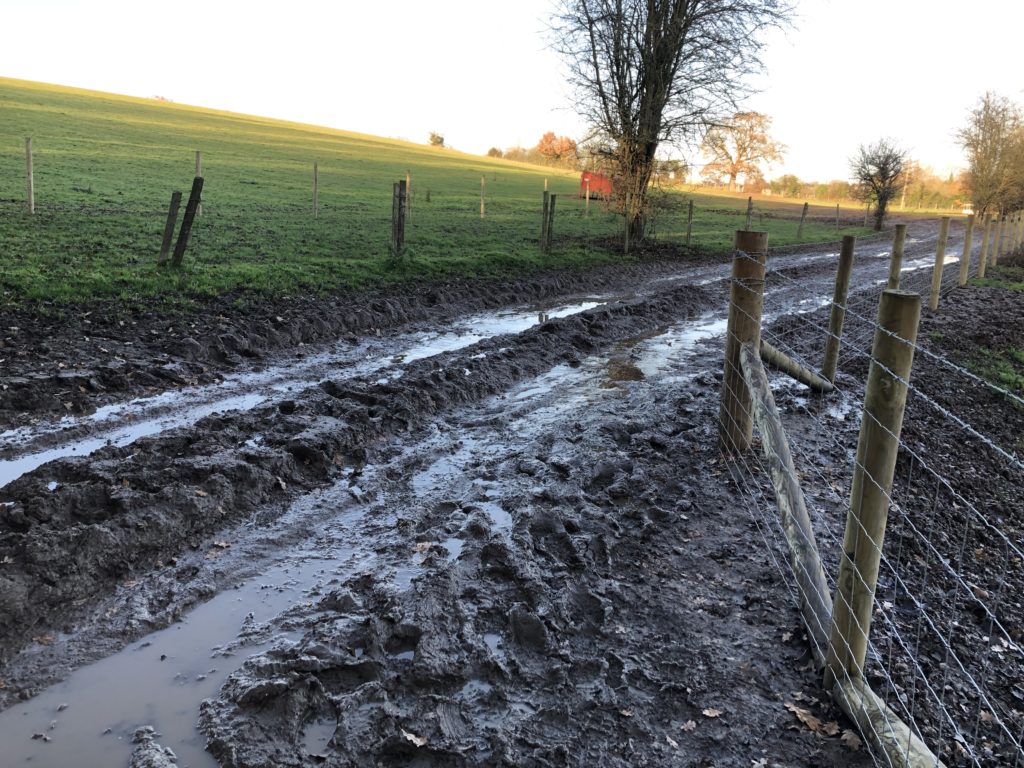 Progress was slow and my feet were wet. I therefore decided to call it a day at the next railway station – Park Street – and take the train to Watford. This was not too disappointing, as Park Street is the least used station in Hertfordshire. Furthermore the last mile was mud-free and very scenic. 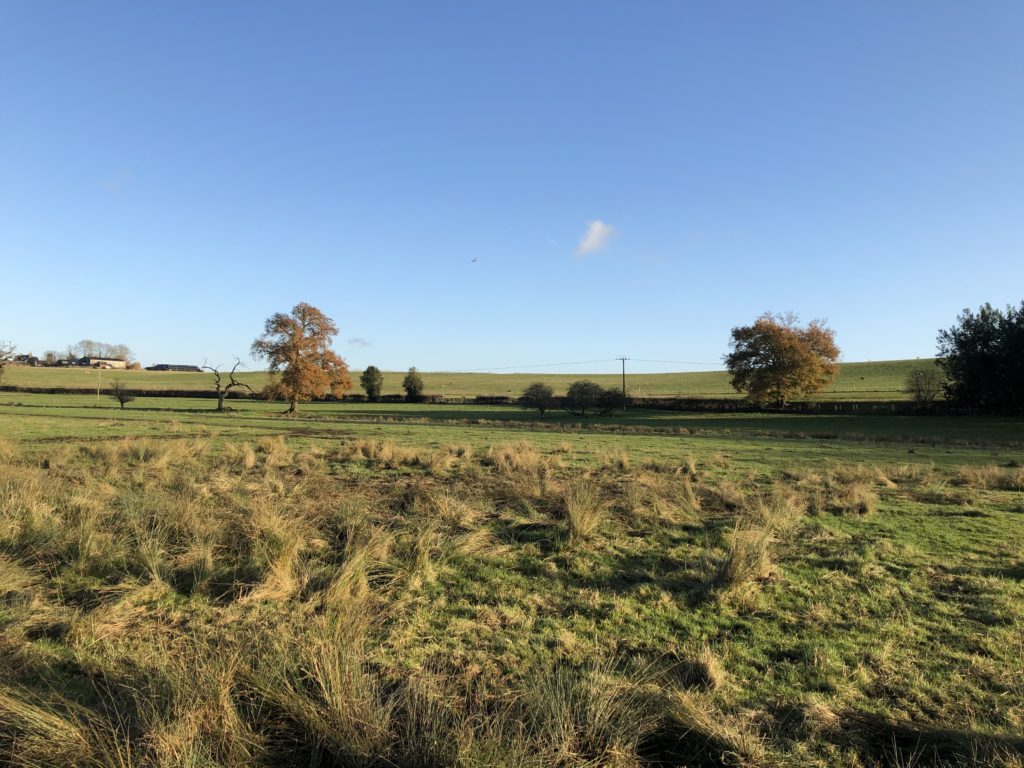 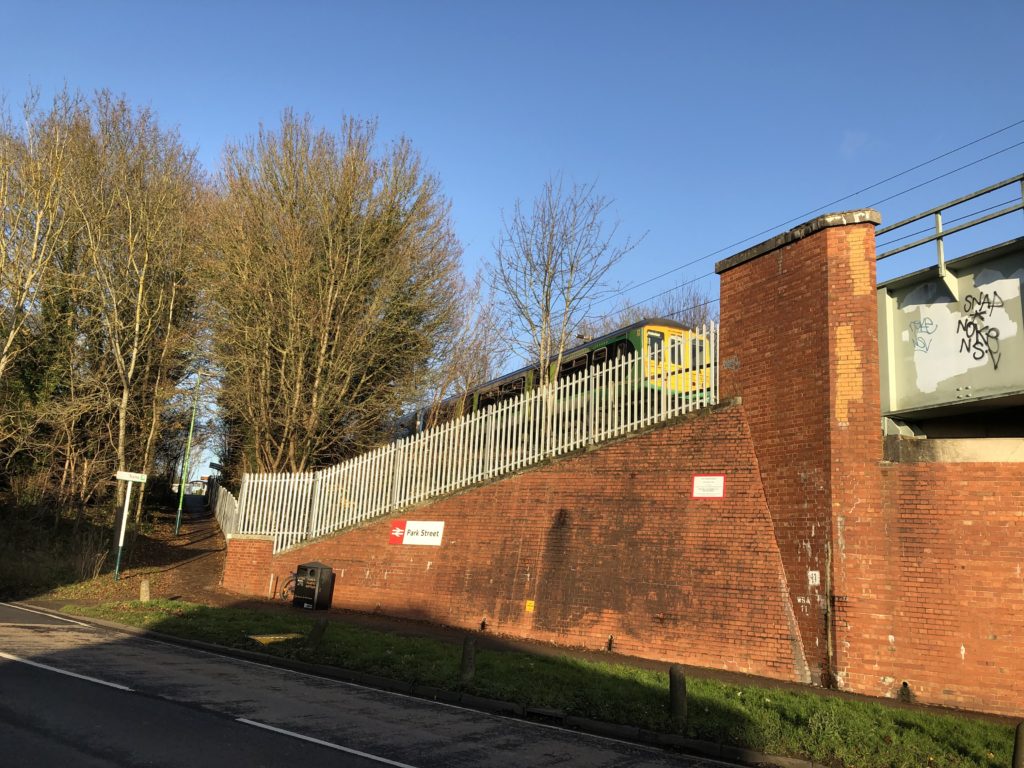 The Abbey Flyer between Watford and St Albans is a cute branch line with only a couple of stops and a very unusual service frequency: the train departs every 45 minutes rather than hourly or half-hourly, which I have not encountered anywhere else so far.

Eventually I thus made it to Watford by rail, where I walked around for a while before making my way home via central London. My impression was that the protagonist of Jonathan Coe’s novel has a point when he says that while Watford is alright, it is not like ”living in Watford, you wake up every morning and think to yourself, Well, life may be a bit shit, but look on the bright side, at least I’m in Watford.” I might come back for further investigations though.